The basics of online poker strategy include an integral understanding of the poker hand rankings. Bluffing allows players to make their opponents fold their hand. However, if two or more players do not fold, then the highest hand wins. As a general rule, the poker hands that are harder to obtain have the greater odds, and thus, are higher in value. Rankings can also be affected within each category depending on each player’s holdings, which may need to be evaluated down to the very last card. 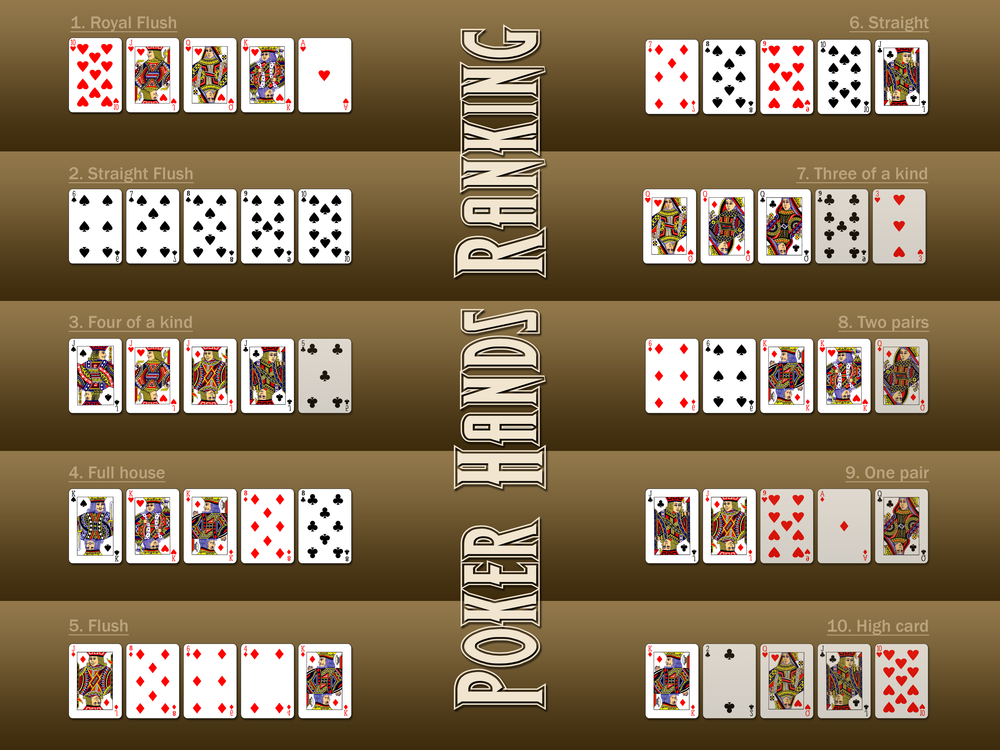 So, all the betting is done and it is time to reveal the cards. Each 5-card hand has the following strength in order from worst to best:

It is more important to try to evaluate what cards opponents are hiding. For example, factors can include the face-up cards that all players can see, how they are betting, and/or by picking up opponents’ mannerisms and expressions called “tells”. Also, examining their previous playing patterns will give insights to what opponents are holding. Size bets and make bluffs accordingly, but it is important for each player to remember the strength of their own hand. If two or more players have not folded, then the remaining players show their hands. This is called the “showdown” and the highest hand wins. Good luck!